You Are Here: Tsunamigenic Landslides

The 2015 Rock Slope Failure and Tsunami in Icy Bay 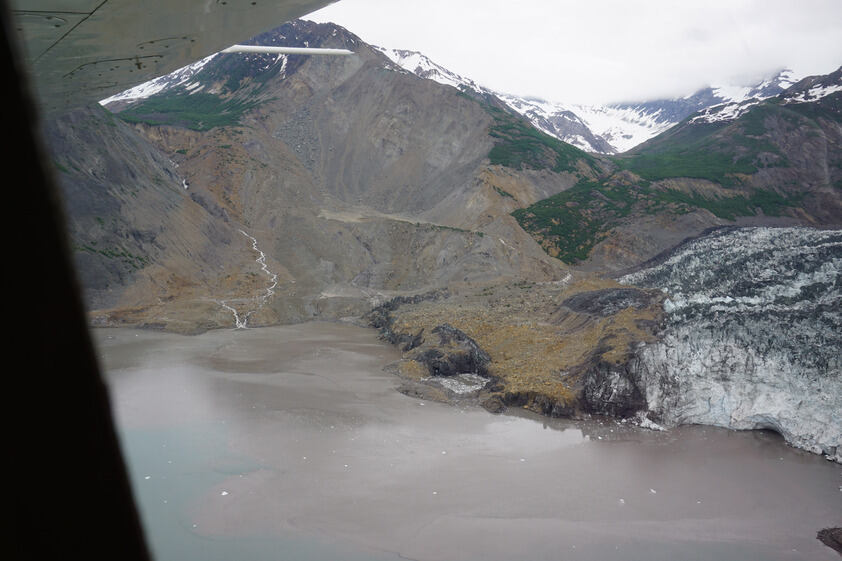 Copyright: © © LIH Figure 1. On 17 October 2015, a landslide of roughly 180 million tons of rock landed on the toe of Tyndall Glacier and into the water of Taan Fiord. It sent a tsunami wave that reached as high as 193 m on the opposite valley slopes.