You Are Here: Long-Runout Landslides: the Effect of Lithology on Comminution, (Micro-)Structures, Morphology, and Runout

Long-Runout Landslides: the Effect of Lithology on Comminution, (Micro-)Structures, Morphology, and Runout 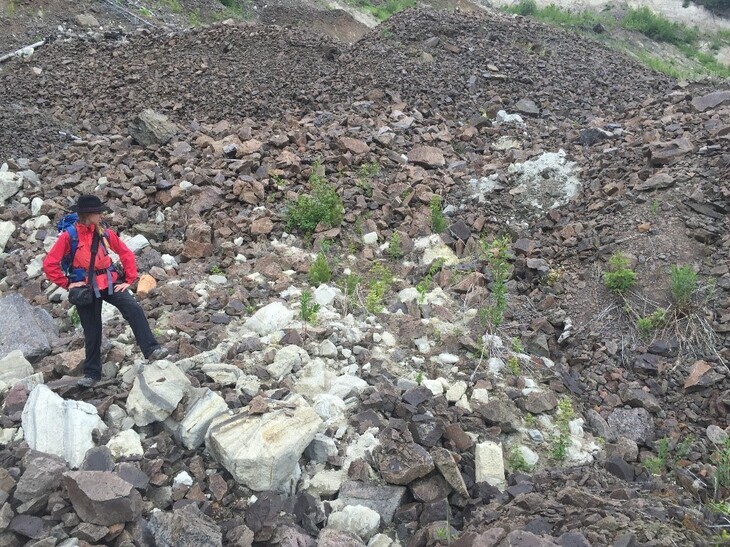 Program: Long-Runout Landslides: the Effect of Lithology on Comminution, (Micro-)Structures, Morphology, and Runout

For the past 130 years, scientists have been trying to understand the processes that allow large rock avalanches to cover exceptionally long runout distances. One approach is to study their deposits for clues to their movement history—much progress has been made in describing their morphology and sedimentology. The challenge is to provide data that can be used to infer the processes acting during runout, and thereby ground-truth existing emplacement hypotheses. To achieve these, we developed a new sampling protocol. We designed it specifically for the analyses of grain size distributions, which can be used to infer breakage processes. This method is based on detailed facies mapping and the sampling of material from each individual facies—as opposed to bulk sampling, which destroys the signals contained in material constituting each facies. What we found is that the facies we identified are present throughout the entire deposit length and depth, suggesting that all processes act within the full deposit and during the entire runout duration. Comparing the facies’ grain size distributions with those produced under controlled conditions in the laboratory by previous studies from other colleagues, we identified breakage along existing planes of weakness, fragmentation that creates new grain surfaces, and shear concentration in narrow bands as the dominant processes acting at increasing stresses during runout. All this indicates heterogeneous stress distribution throughout emplacement, and rules out any exotic emplacement hypothesis, supporting only those that are in agreement with heterogeneous stress distribution in the moving rock avalanche mass.