Rock mass consists of a complex interplay of two components: the intact rock and spatially distributed rock joints of various orientation and persistence. It is of paramount importance to understand the “rock mass” behaviour in the field of geo-engineering, as an adequate design of structures i.e. tunnels, slopes etc. relies on the rock mass strength and deformation characteristics. There is currently no direct way of estimating the mechanical characteristics of rock mass and it is quite common in practice to estimate the rock mass strength indirectly using empirical classification. The aim of this project is to understand the mechanical characteristics and failure mechanism of rock mass through use of additive manufacturing (3D printing) method. Using 3D printing, it is aimed to build “synthetic rock mass samples“ with known configurations (i.e. strength and the spatial distribution of rock joints) and systematically test them in laboratory. The key advantage of the proposed method is to allow for the execution of “repeatable” laboratory testing on samples with similar physical conditions, reducing the level of uncertainties and increasing the reliability of results. Subsequently, the results obtained from laboratory testing of the 3D-printed samples are used as a basis for calibrating/verifying the numerical results, with the goal of developing a new constitutive model to estimate the rock mass strength. 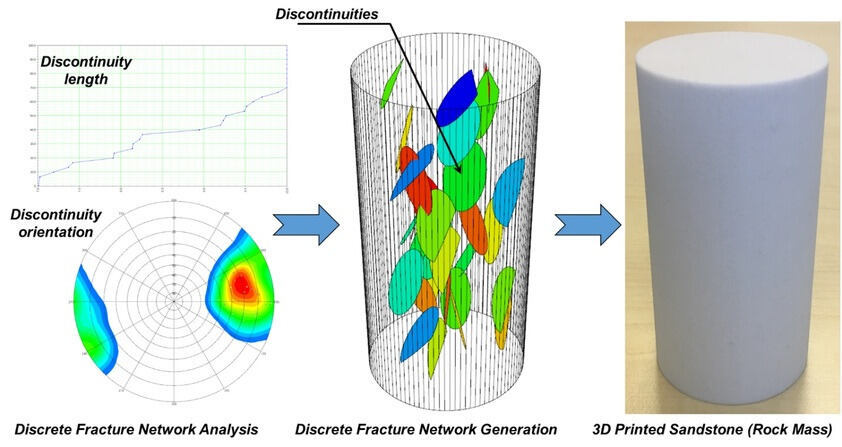