You Are Here: Radon in abandoned mines and karst caves

Air contains small amounts of radon, a radioactive inert gas. It is formed by the radioactive decay of 238U in several steps. In areas of relevant geological conditions radon in the air of living quarters can lead to severe health problems for the inhabitants. In this context the transport soil-to-air is of

The Project “Radon in abandoned mines and karst caves” deals with the Measurement of natural radioactivity in air, Ground- and Mine water. For this purpose methods are evolved that help understanding the transport of radioactive particles from the rock into the mine water and from the mine water into the air. Apart from measuring the radon activity in water samples a set of autonomous radon loggers are developed, to be applied at several locations in the eastern Sauerland region. The objective is to monitor the yearly cycle of radon activity. Additionally parameters like temperature, humidity and air pressure are recorded, in order to understand the interaction of mine air and the atmosphere.

The examination of water samples works by separating the 222Rn daughter isotopes on a glass fiber filter. The filter is dried and the activity is measured by the use of a semiconductor detector. This technique enables the calculation of the radon activity per volume of a water sample.

Furthermore the mine air will be analyzed by a set of battery powered radon detectors with integrated data logger. Several Karst caves and abandoned mines will be equipped, to understand the input and transport of the radon particles in the mine water. 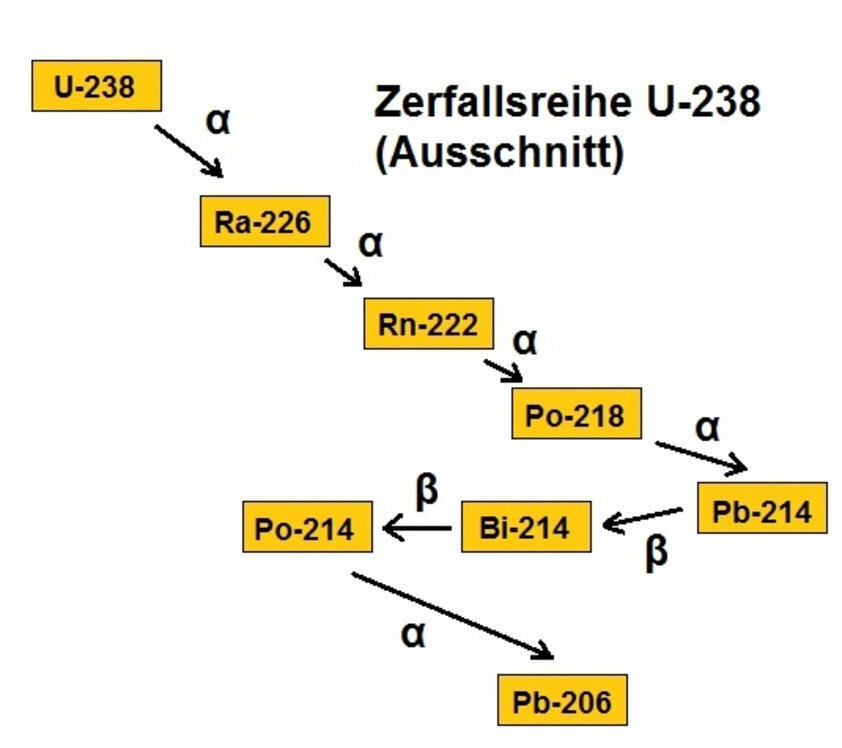